The court postponed the hearing on the case of Yanukovych 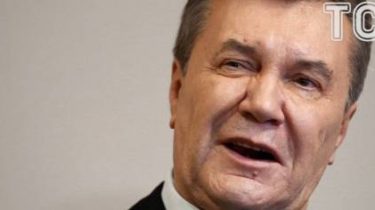 Obolonskiy district court of Kyiv will continue the hearing deprived the title of President Viktor Yanukovych on August 10.

Meanwhile, on 15 August, at the request of the Prosecutor’s office for questioning in the court will be called an important witness.

During the court session on August 3, Goodwood Vitaly Machacek asked the court to grant him a month to familiarize with the case materials from 1 to 28 that. However, the court refused, noting that the following meetings will examine the evidence which the defender is already familiar – from 29 to 51 that.

In turn, the prosecution asked for the questioning of a witness by Yuri Sergeyev, who in 2014 served as permanent representative of Ukraine to the UN and was present at the meeting of the UN security Council. Witness resides in the territory of the United States, but these days will be on the territory of Ukraine, therefore, the court granted the motion.