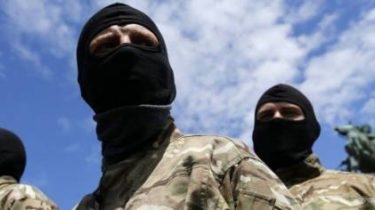 For the past day illegal armed groups 21 times broke the truce in the East of Ukraine. Losses among the Ukrainian military no.

The option remains on the table: the U.S. state Department commented on the possibility of granting Ukraine lethal weapons

On the Donetsk direction the militants were beaten on the mine Butovka, Avdeevka and near the village of Lugansk.

The construction of the press center of staff ATO in 3.08.2017. At the end of the past day situation in the zone of the ATO did not significantly media…

Posted by the Press center of staff ATO on Thursday, August 3, 2017

On the Mariupol direction fighters fired from heavy machine guns and grenade launchers-building in the Water.

Earlier it was reported that in the Luhansk region in the shelling of the militants was wounded pensioner.