After the problems at the concerts of Depeche Mode and Manson in Kiev, talking about ticket passport 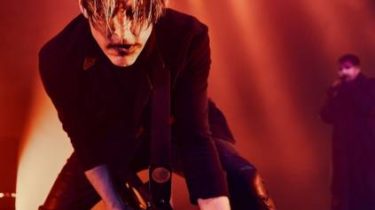 The second concert in the capital of the world stars – the second problem with the tickets. A few weeks ago before a concert of British group Depeche Mode people complained about the queue and the delay for unsuccessful organization. The same disaster befell the visitors of the concert of the singer Marilyn Manson, said in the story TSN.19:30.

People who have experienced problems, recognized that they lack the nerves to withstand the strange situation. “I came here to get pleasure from music. Instead, forced to stand for hours in 34-degree heat” – lamented the fans of Manson, who met the absence of their tickets at the base or what their number is already someone used.

Deceived fans by tickets which already someone went to the Palace of sports, the organizers announced the blame for their own problems. Like, these people bought tickets or sported them on social networks and took advantage of fraudsters who have copied barcodes and produced the tickets-twins.

One of these scams just near the Palace of sports has caught the organizers of Manson’s concert in Kiev. Failures, admit ticket sellers, there are in the system. The ticket is not scanned – then the problem is solved, but it takes time. After checking answers to the question as to what the cashier bought and what’s the name of the visitors miss. To prevent all odds, the organizers say, there is only one radical way. “We can, of course, take a more aggressive approach is when tickets are bought on the passport. But this is a different situation, are we ready to cross the border of human rights and to force people to buy the passport,” they say.