Barge with watermelons after travelling along the Dnieper river, is nearing completion 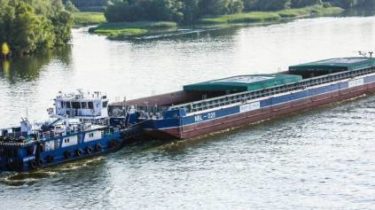 The end of the watermelon travels. After a few hours the famous barge with watermelons come in Pereyaslav-Khmelnitsky.

Earlier in the week, the precious cargo – 250 tons of watermelons – sent from Naked Pier, Kherson region. The last time striped berries sent by the Dnieper 14 years ago, and watermelons regular services ceased in the 1990s.

Journey watermelons, which pompously announced by the Prime Minister Vladimir Groysman, the whole country watched on the Internet. All week, social media users joked, creating new faces. The barge even started his own Twitter. Not remained aloof and Dnia – footage of a watermelon traveling with our reporters managed to shoot in Kremenchuk in Poltava.

Videolara, on Board of which 250 tons of watermelons, leaves from Naked Pier in the capital