In Lviv twice raised tariffs on garbage removal for the population 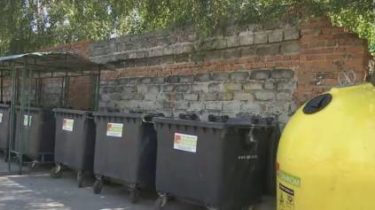 The Executive Committee of the Lviv city Council agreed on the increase of tariffs on the export of waste for the population doubled – from the current 70 cents for each square meter of living space to 1.4 UAH. New Lvov will begin to pay from 1 September.

Functions for garbage collection in Lviv before were transferred to the Department of development and operation of housing and communal services of regional state administration. And the initiator of increase of tariffs was made by the city carriers, which are called current prices “economically unreasonable”. This writes Zaxid.net.

“To adjust rates is necessary to systematically and regularly. This tariff adjustment we had to do last may or last June, but when they happen on the ground this entire process, the city was stressed. We understand that when platforms are crowded, to make the Executive Committee the question on adjustment of tariffs for export would be incorrect, because people have to pay when clean, when garbage is taken out. Therefore, carriers of more than a year worked at a loss. They did not receive those funds that would have to, because the wages increased, fuel, and other expenses. I understand that these rates are clearly calculated and it has no comments,” said Lviv mayor Andriy Sadovy.

Tariffs for garbage removal will also increase for budgetary institutions (from 753 to 842 UAH per ton) and for legal entities.

Meanwhile, in Lviv, started to sort out the rubbish near the houses.

Videoo of Lviv has started officially to sort the trash