The Ukrainian military on the arc Svetlodarsk moved forward 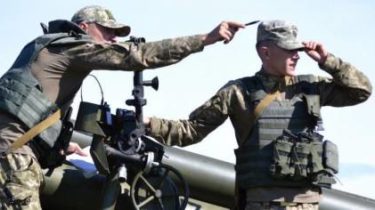 The soldiers of the Ukrainian army got a small victory on the arc Svetlodarsk. About the life of the defenders of the Fatherland said in the story TSN.19:30.

The journalists were allowed on the front line of the 53rd brigade in the Luhansk region. It had to go through the fields in a jeep, then walk under the scorching sun, and the eyes of fighters “dive” in an extensive network of trenches in an open field, where grew the bread. It is now tilled by war.

Vitaly Bukarenko with Suhasini really zero for the third year. He is fighting to get his land was the world. “I left because I was tired of war, tired of it all. That was the world”, – said the soldier of the 53rd mechanized brigade. His sister daily, constantly watching for enemy observers call the “eyes”, it depends on them the survival of the unit. “There is carried out strengthening work – are bunkers, bunkers, bunkers,” – says the lack of immediate danger hour.

In parallel, the Ukrainian soldiers also strengthened. “These rocks that we knock here to deepen the trench in supermarkets are sold for a lot of money. And here it is just like garbage”, – says one of the fighters. A crowbar, axe, pickaxe and shovel is the only tools that allow you to bite into the ground. Engineering tech in the trenches to deliver the impossible. “Where they have an observation post, artillery, “Grad”. Beat the guys,” explains a soldier.