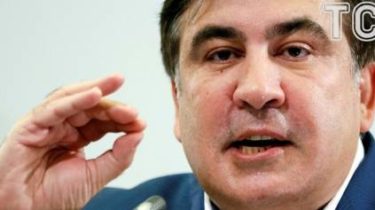 Russian President Vladimir Putin “very happy” that the ex-President of Georgia and former head of the Odessa regional state administration , Mikheil Saakashvili was deprived of the citizenship of Ukraine.

This Saakashvili said in an interview with TSN.

“Ukraine’s success will determine the success of Georgia and other countries. For me it is the struggle of life, which has become not only a confrontation against an external enemy. I mean Putin and his invaders, he considers me a personal enemy and is very happy that [President Petro] Poroshenko did it,” he said.

Saakashvili himself said that it wants to make to refugee status, but he is going to pursue “legal right to return to Ukraine”.