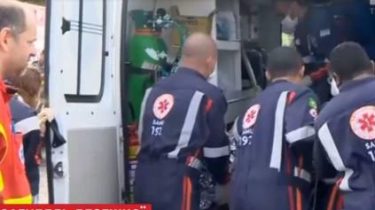 The former people’s Deputy Irina Berezhnaya died in avtokatastrofe on the Adriatic coast of Croatia. Former regionalka rested there with his 8-year-old daughter, and together they drove the car, whose driver lost control and flew off a road streamer, according to a story TSN.19:30.

The Ukrainian foreign Ministry diplomatically does not reveal the name of the deceased, however, confirm the fact of the accident. Citizen of Ukraine was killed on the spot, like a driver – not a Ukrainian citizen. The child that sat in the back seat and was buckled in, escaped with minor injuries. The incident is now investigating the local police.

From our own TSN sources it became known that the daughter in Zadar has arrived the father. Various media reported that a businessman Boris Fuksman with whom the relationship carefully is carefully concealed. After investigation of all the circumstances of the accident, the body of Iryna Berezhna will give for the burial of relatives.