The silence in the Donbass fighters periodically break unexpected attacks. Chronicle of the ATO 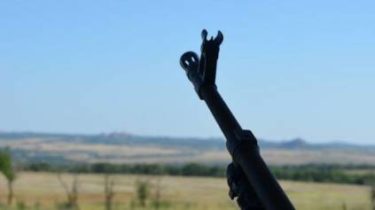 “For today the situation in the zone ATO has not undergone significant changes. The enemy continues single attacks of the Ukrainian positions, Ukraine’s Armed forces gave an adequate answer. So, from midnight, the Russian occupation groupings three times opened fire from heavy machine guns and small arms at our positions near Avdeevka. On Lugansk the direction the criminals twice used grenade launchers in the area of Novoaleksandrovka. Granulometry also under fire hit the Ukrainian strongholds in the Water that on the Mariupol direction”, – stated in the summary of the press center of staff ATO.

Meanwhile, in the Donbas has resumed broadcasting Ukrainian television. In Bakhmutka completed the construction of a 134-metre-high tower, making TV and radio signals will get and the occupied territory.

“Now signal Ukrainian TV channels and radio stations will cover the areas came close to the demarcation line. Also, the tower will give a signal in the temporarily occupied Lugansk and Alchevsk. So our citizens who reside in these cities will soon be able to know the true information about life in Ukraine, which are hiding militants,” – said the press center of staff ATO.

Published by the Press center of staff ATO 5 Aug 2017