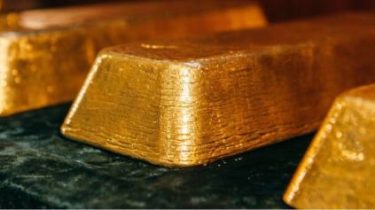 American company Avellana Gold has developed a project for the extraction of gold and gold-polymetallic ores of the Carpathian region, which plans to invest about $ 100 million.

Old infrastructure Muravskaja field limited the possibilities of the mine, the production volume reached 120 thousand tons per year.

Today, investors are planning to organize a highly efficient production in the long term with an annual production of 500 thousand tons.

For this Avellana Gold plans to include in the design at the same time and gold and gold-polymetallic ores. In fact, this is the new strategy of production.

As reported in 2014, of a mining license for Murawska gold Deposit owned “Carpathian mining company”, which is controlled by Donetsk businessman Valery Bredikhin, partner of the former head of the Ministry of internal Affairs of times of Yanukovych, Vitaly Zakharchenko.

But the same 2014, the company pereiras and became a private joint stock company without changing the name. The new owner, according to the register, was the “Avellana gold LTD”, registered in new York.

As reported the Agency “Interfax-Ukraine”, “Avellana Gold” acquired “Carpathian ore company” in 2016. Details of the transaction were not disclosed.

By 2020, Ukraine will refuse to import gas, the head of the subsidiary

In April 2017, “Ukrainian news” reported that the “Avellana Gold” prepared an appeal to the Prosecutor General with a request to deal with information attacks around Muravskaja field. According to the CEO of Savage, we are talking about charges of alleged ties with ex-interior Minister Zakharchenko, as well as in the illegality of the acquisition of companies with special permits for gold mining in the region.

The investor says – no contact with the former the powers that be did not and has not, and the agreement reached “Avellana Gold” shopping “KRK”, completely corresponds to the legislation.

Muzhievsky Deposit is only valid in Ukraine for the extraction of gold.

Also in the field is the storage of waste rock. In this vault is already 1 ton of mined gold and 4.5 tons of silver. If you translate it into money, it is about $ 32 million and $ 3 million respectively.