Chrezvychainyi warned Kiev about the powerful thunderstorms with gusts and hail 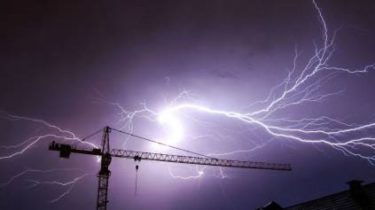 Today, August 6, in Kiev and the region are expected thunderstorms and strong gusts of wind.

This reports the press center of the State service for emergency situations on the page in Facebook.

Earlier in the week the heat will begin to recede

The Ministry said that in the next three hours until the end of the day in the capital and Kiev region are expected thunderstorms, heavy rain and squalls of 15-20 m/sec. In some areas of the Kiev region can pass the grad.

It is also reported that a similar situation with the weather it will be tomorrow, August 7th.

Earlier it was reported that today, August 6, in the Western, southern and Central regions of Ukraine storms are expected. The temperature during the day is expected to 28-36 degrees above zero.