In the capital, a monument “Flame of Peace”, which is already in dozens of cities around the world 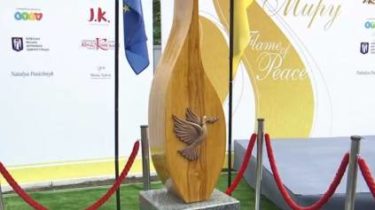 A flame that does not burn, and calls for unity. “Fire World” of today appeared in the Ukrainian capital. The so-called monument, which already exists in dozens of cities around the world.

The tradition of erecting such monuments was started by descendants of the ancient Austrian Royal Habsburg. Say, wanted to show that different countries have the same values – sincerity, honesty, caring and the pursuit of peace. This is stated in the plot of TSN.19:30.

The monuments themselves were modest. Made of stone and wood. But their main goal is not to impress but to inspire Ukrainians to do good works.