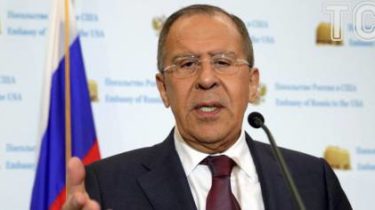 This was stated Sunday by the Minister of foreign Affairs of the Russian Federation Sergey Lavrov following the meeting in Manila meeting with the head of the us Department of Rex Tillerson.

“Touched on the issues of the Ukrainian crisis. Reminded that the President of the United States, and the Secretary of state promised us that soon will come the special representative of the United States in the Ukrainian settlement of Walker. Rex Tillerson confirmed that such contact with our representative Vladislav Surkov has been planned and will take place in the near future “, – said Lavrov.

U.S. Secretary of state Tillerson July 7 has appointed former US Ambassador to NATO Volcker special representative, who supervises the negotiations on the situation in Ukraine.

23-24 July, he visited in Ukraine, in particular, visited the plant and Kramatorsk, where he said that in the Donbass not a frozen conflict, a “hot war”.