Happy ending. Lost in the zucchini in the Kyiv region iguana back home 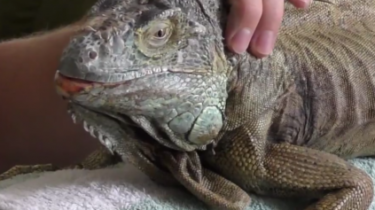 Huge lost iguana Henry after a long travel back to its owner.

“Dinosaur” who was found yesterday in the garden in the Kyiv region, was in the capable hands of zoo staff.

“He was watered, fed Goodies and made to feel human warmth and tenderness. Director of Kievsko personally delivered Iguacu in the hands of the owner!”, – according to the zoo.