Net profit of the Russian “Gazprom” has fallen 11 times 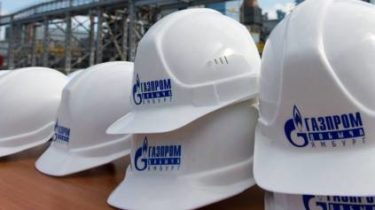 This is evidenced by the calculations of “Interfax” on the basis of the reporting “Gazprom” under the Russian standards of accounting.

In the second quarter of 2017, Gazprom had a loss of 90 billion rubles. And for the same period last year was a symbolic profit of 7.2 billion rubles ($119 million).

The company’s financial performance could spoil the growth rate of the Euro against the Russian ruble, and the ongoing revaluation of fixed assets which led to increase of depreciation and hence the cost.

Gazprom will publish its official statements in a week.

The magnitude of the increase in the value of assets for the quarter (second quarter of the applicable amendment 190 billion rubles – the obligation on the payment of dividends) corresponds exactly to the size of net profit (in this case loss) for the quarter.

Meanwhile, Ukraine will try to arrest the assets of Russian “Gazprom” abroad.