Lunar Eclipse and a fatal accident in Kiev. Five things you might oversleep 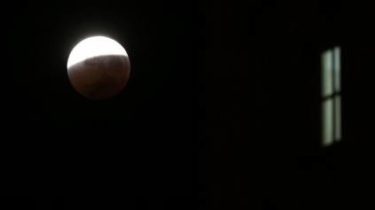 1. In the night of Tuesday, August 8, in Ukraine, in favorable weather it will be possible to observe an interesting astronomical phenomenon – a partial shadow lunar Eclipse. The next lunar Eclipse will occur on 31 January 2018. Read more→

2. Near Kiev there was a terrible fatal accident, which killed six people. The accident happened on the Boryspil district near station: faced “VAZ” and Opel. Due to the strong collision killed five people in “VAZ”and the woman from Opel. The driver of Opel remains in a critical condition in intensive care. Read more→

3. In Kiev on the street Garden in a suburban Osokorki array, there was a bloody accident, which killed a child and two minors were injured. The driver of the Chevrolet Lacetti has not coped with management, has left on a roadside, where he hit three children. From hitting one girl (9 years old) with the bike flew ten meters. She was still alive until medics arrive, but the doctors were unable to save her life and she died in the ambulance. Read more→

5. The fatal accident took place in Kyiv on Bazhana Avenue. It is reported dtp.kiev.ua in Facebook. The accident killed two pedestrians. The alien on the Kia driving to the city, the Dnieper, near the metro station Slavutich knocked down two pedestrians who ran across the road in the wrong place. Read more→