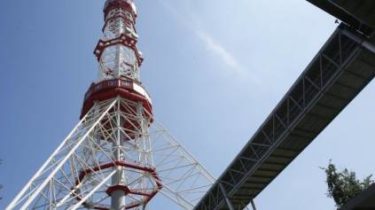 Russia plans to build a tower in occupied to the Crimea to counter the Ukrainian signal towers in Chongar.

This was reported by a member of the National Council on television and radio Sergey Kostinsky on his page in Facebook.

“Chongar tower creates a problem for the Russians in Northern Crimea. That is why the occupying government plans in 2018 for the state by building their own tower near Jankoi, to counter Congaroo, a height of 151 feet – RTS “Salt lake”, – he wrote.

In the opinion of the Country, the occupiers will attempt to subvert broadcast on Ukrainian television Chongar tower.

“While they try to answer our steps, we will continue the implementation of the Strategy of development of broadcasting in the Kherson region and Crimea. In accordance with this strategy, the number of TV channels and radio stations, which will be broadcast on the Peninsula will increase,” – said a member of the national Council.

In addition, Kostinsky assured that in this way the Russians will spend millions of rubles from the Russian budget “on a pointless project, at a time when they have problems with energy, water, social benefits”.

“The more the enemy steals from its own budget and inefficient spending, the worse it is, the better for us,” he added.

“Empire strikes back” Chongar tower creates a problem for the Russians in Northern Crimea. That is why the occupation…

We will remind, on March 17 in the occupied Crimea, the Ukrainian sounded broadcasting: Chongar in the Kherson region opened a 150-meter TV tower.