The militants have reduced the intensity of the attacks, however, wounded two Ukrainian soldiers. Chronicle of the ATO 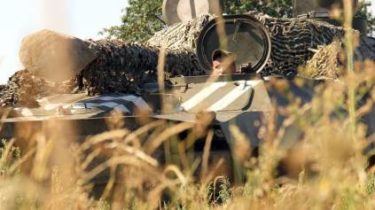 Sunday, August 6, fighters 18 times fired at positions of the Ukrainian military in the ATO zone in the Donbas. Wounded two soldiers.

“The situation in the ATO area remains tense, but controlled by the Ukrainian army. Comparing the previous few days, with a bygone day, we note a small decrease in the number of shelling of positions of Armed forces of Ukraine from the Russian occupation gangs. And if the day is “hot” in the vicinity of the Town, closer to the evening the enemy concentrated activity on the Mariupol direction”, – stated in the press center of staff ATO.

After 18:00 on Sunday, gunmen fired in the area of Water mortars caliber 82 mm, grenade launchers and small arms.

“As a result of one of these attacks one Ukrainian soldier was wounded. In addition, once again, in flagrant violation of the Minsk agreements, the criminals used a 120-millimetre mortar near Shirokino and Pavlopol. Around 21:00 another Ukrainian defender was injured as a result of enemy shelling of our strong point in area of Novotroitsk. In response, the ATO forces have covered fighters heavy fire from heavy machine guns”, – stated in the message.

Around 22:00, the militants fired at least 18 rounds from jet system of volley fire near Shyrokyne.

At the direction of Lugansk at the end of the day, the gunmen used small arms and automatic grenade launchers in the area of Novoaleksandrovka and Novotoshkivske.