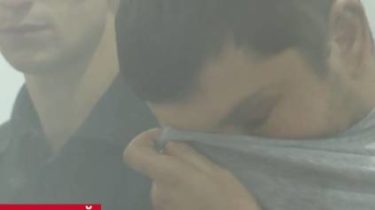 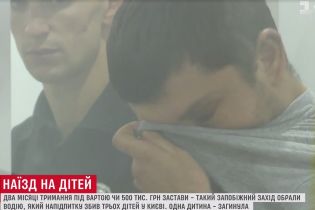 In Kiev chose a measure of restraint to the driver, who yesterday was hit by two girls in suburban array Osokorki in Kiev. 32-year-old native of Lugansk on high speed overtook a stream of cars on a turn, lost control and vlevo three children who were walking on the roadside, says the story TSN.19:30.

8-year-old girl from his injuries died on the spot, 11-year-old child was hospitalized with fractures of the clavicle, and thighs, the boy got a fright. As it turned out, the driver was drunk.

Video for the driver who hit two girls on the beach, chose a measure of restraint

During the trial, the driver with tears asked for forgiveness. “I understand that you don’t forgive me, but I am very sorry. If my life could return your child’s life, I would, without hesitation, gave it,” said the man.

Prosecutors are required to take the suspect during the investigation into custody, but the court gives the driver a choice: either during the investigation to sit in jail or to pay a half a million hryvnia Deposit. The prosecution is going to appeal sentence, because I do not believe the Deposit of the appropriate version of the measure fear that the defendant might be hiding on the uncontrolled territory of Donbass.