In Mariupol, doctors and engineers are pulled from the feet of Atoshnik unexploded grenade 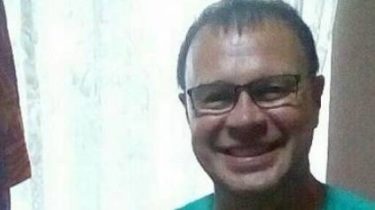 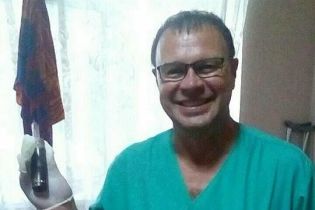 In the city of Mariupol in the Donetsk region surgeons together with experts on explosives had surgery wounded in the area ATO military, which came a grenade.

This was announced by adviser to the chief of the General staff Elena Verbitskaya.

According to her, the man injured in the night of 6 to 7 August.

“He was urgently evacuated to the rear, where he received first aid. As soon as the wounded were taken to the hospital in Mariupol, surgeons, along with engineers, conducted a unique operation for the removal and disposal of enemy ordnance”, – she wrote.

SURGEONS OPERATED ON PIANENGO TOGETHER WITH THE ENGINEERS, BECAUSE THE GRENADE STUCK IN LEG AND EXPLODED!!! In the night of 6 to 7 secn…

Currently, the status of the fighters of the doctors regard as satisfactory.

We will remind, earlier In the river rescued the soldier, who caught a bullet from a Kalashnikov – it was a unique operation, surgeons say ophthalmology.

The bullet nearly claimed the life of the military. While she took out the eye, his heart could stop. During operation is very slowed pulse. And for two and a half hours the good news: everything worked out. A bullet 2.5 cm long and is finally removed.

Video settings Dnepropetrovsk saved soldier, who caught a bullet from the machine