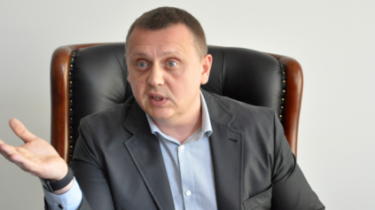 The GPU is waiting for the court’s permission to conduct searches in the apartments of members of the Supreme Council of justice Pavel Grechkovskogo, who is suspected of attempted fraud and arrested his property, in particular, Maybach.

This was stated by Prosecutor General of Ukraine Yuriy Lutsenko, writes UNIAN.

“Yesterday we filed a motion to the court for searches of mister Grechkovskogo, but the court for some reason in no hurry to grant permission. Probably afraid waiting for recertification from the High Council of justice. Although and without this permission we have already imposed arrests on its visible property, ranging from “Maybach”, and so acquired “serious” work,” – said Lutsenko.

According to him, the investigation established that Grechkovsky is honorary Consul of a European country, so the GPU has sent the appropriate requests.

In January it was reported that the case Grechkovskogo will soon be sent to court. At the same time, the suspect after the holiday back to the workplace.

Recall, September 21, 2016 the public Prosecutor Yury Lutsenko said, one of the members of the High Council of justice is suspected of extorting bribes in the amount of 500 thousand dollars. The official allegedly requested a tidy sum for unlawful influence on a court decision. Paul Gretkowska it was reported about suspicion in an incomplete attempt at fraud. The court chose to Gretkowska a measure of restraint in the form of pledge in the amount of over 3.8 million. He Grechkovsky accused the PGO and the interior Ministry in the “order of the criminal case against him.”