Deputy Suprun is resigning because of “the loss of mutual trust” 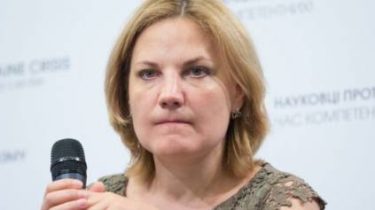 “Today is my last day at the post of the Deputy Minister of health in this team. Report it because I do not want this gave rise to rumors, speculation and versions,” she said.

Sivak noted that this decision was made primarily because of the differences in approaches to team work and the loss of mutual trust.

Today is my last day at the post of the Deputy Minister of health in this team. Report it Oskol…

“The priority of my team was and remains the maximum transparency of work of the Ministry, which can be seen from all directions in my submission. It was a tough year during which we adequately cope with their responsibilities. As before I believe that the healthcare system requires real change. Many stages have already been implemented, some in the process, and what failed,” she added.

The Deputy Suprun expressed his gratitude to the colleagues and the medical community for the joint work and said that later I’ll tell you why I decided to leave.

Recall, today, August 9, after more than a year tenure as Chairman of the Board of “Ukrzaliznytsia” Wojciech Balczun wrote a letter of resignation.