In Britain, the police officer received a considerable compensation for the bites of fleas during operation 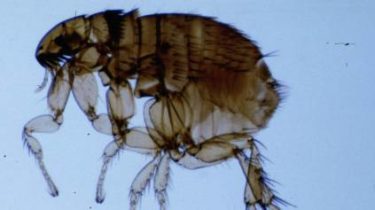 In Britain, the unknown, the police received 12 thousand pounds (about 402 thousand UAH) compensation for injuriesreceived while working – the bites of fleas.

In Transcarpathia because of the intense heat reduced working day

Man in court won a case against the police the West Midlands, which also have to pay £ 4,185 for court costs. Former officers said that the culture of compensation is gaining momentum across the UK.

The former leader of the liberal Democrats Tim Ferron called the case “ridiculous”. According to him, the police do important work and should receive compensation for injuries at work. But Ferron believes that some of these abuses: “This is, without a doubt, it’s silly that the taxpayers pay the bills because someone was bitten by fleas. It is absolutely pointless and will harm the public confidence in the police”.

A former policeman in the West Midlands ray Egan, who served from 1967 to 1993, called it idiocy: “I can’t believe it. More than 20 years I was a COP, and I can’t even imagine what would have happened if I went to the senior officer and began to whine because I got bit by a flea.”

A police spokesman in the West Midlands said, “the police Officer has received the payment after getting bitten by fleas at work, which led to emergency surgery. Compensation payments are made only after evaluation of relevant medical evidence to insurers and lawyers who provide advice on what should be the payment”.

We will remind, in Australia unknown sea creature turned feet boys in a bloody mess. The guy went to the hospital, because he could not stop the bleeding. It was later revealed that the cause of the wounds were the amphipod – a type of crustacean, which is also called “sea fleas”.