Vodka, whiskey and wine is more expensive: the government raises the price of alcohol 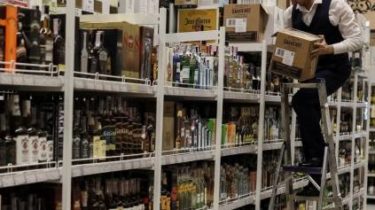 Today, August 9, the Cabinet of Ministers adopted a decree according to which should increase the minimum wholesale release and retail prices on separate types of alcoholic beverages.

This is stated in the message on the official site.

Drink more often but less: scientists have discovered a positive impact of alcohol on health

“The minimum price of alcohol, which operates today, was introduced in November 2016. At the same time in 2017 has increased excise tax rates on the vast majority of alcoholic beverages (vodka, LIKERO-vodka products, cognac, wine). Has occurred and the growth of other components of price, so today the minimum prices do not correspond to the real costs of production and realization of alcoholic beverages”, – noted in the government.

According to the report, the Ministry has received numerous appeals of market participants, who noted that current minimum prices do not cover their operating costs.

“As a result, according to associations of producers of alcoholic products, reduces competition from legitimate manufacturers and increasing share of unscrupulous manufacturers. This is because such companies can reduce their operating costs by purchasing unrecorded alcohol, the use of surrogate substances, tax evasion, counterfeiting,” – said in the message.

Behind the scenes of the brewery. How beer is brewed. Special to TSN.ia

The Cabinet said that the increase of minimum price on alcohol to protect consumers from counterfeit and surrogate products and to reduce the share of the shadow economy.

We will remind, in July the Supreme economic court of Ukraine ordered the Kyiv city Council to cancel the decision to ban the sale of alcoholic beverages in the evening.