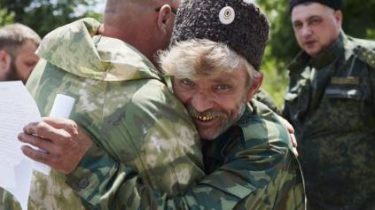 August 9 in the ATO zone is distinguished by the activation of militants in Luhansk direction. Since the beginning of days in total there were 7 cases of use of enemy weapons.

So that night, the militants three times fired at the Ukrainian positions in the area of Novozvanovka mortars caliber 82 millimeters, APCS, grenade launchers and small arms. In addition, the three criminals beat on the Ukrainian fortifications near Novoaleksandrovka and on the outskirts of the village Novomoskovskoe worked enemy grenade.

“Today, every attack of the enemy, the Ukrainian military responded quickly with aimed fire”, – stated in the message the press center of staff ATO. Also, according to the report, in areas not controlled by the Ukrainian authorities, the Russian occupation command began the process of separating the militants on the principle of “loyalty”.

“The leaders of the gangs draw up lists of persons who have been in captivity, have a criminal record or relatives in Ukraine. In the future of these individuals is planned the creation of advanced units that actually will be a “consumable”. Some commanders of militants in exchange for bribes offered to “clean up” the biography of the criminals”, – is spoken in the message.