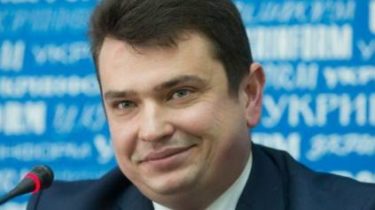 NABU, together with the SAP failed to reimburse the state more than 136 million UAH of losses, the result of corruption crimes. The Director of the Ministry Artem Sytnik said during the presentation of the report on results of activities of the Bureau during the first half of 2017.

This amount is money that is returned directly to the accounts of state enterprises, and also confiscated by the court. In addition, security forces prevented the theft of nearly 900 million.

According to Sytnik, the detective Bureau at the end of June were 371 criminal proceedings, and the status of the suspects had 219 people. Sent to court indictments against 121 persons.

The head of NABOO once again reminded of the high profile cases of corruption in “the amber business”, the investigation of an episode with participation of Chairman SFS Roman Nasirov on the so-called “gas case” and exposure of corruption in the “Eastern mining and processing plant”.

“The NEB conducts active work aimed at the cancellation, which the state-owned enterprises incur losses. At the stage of execution are judicial decisions under which the state will return nearly 90 million UAH”, – said Sytnik.

He stressed that in the near future investigators will take over the defense.

“I already have the first results: exposed the corruption scheme of embezzlement of more than 28 million UAH, GP “Lviv armored plant”, which was supposed to be used to increase the defense capability of the state. Given the extent of corruption in the defense sphere, I decided — after retrofitting the unit detectives to create a separate Department that will investigate crimes in the sphere of national security and defence,” he said.

Also the head of the anti-corruption Bureau said that the number of court verdicts in cases which NABU and SAP went to trial, very low. For half a year of investigation, only 15 convictions entered into force, and it is about a fifth of the Affairs of the Bureau, who are in the courts.

As previously reported, during a briefing Sytnik told the fate of the famous “agent Catherine”, which failed to disclose the amber scheme with the participation of deputies of the Verkhovna Rada.