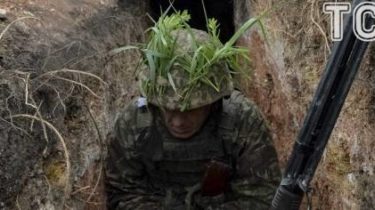 Horrible murder of a woman and the shooting of a man in the village of Troitskoye occurred during the celebration of the birthday of the deceased on the ground of a sudden hostile relations.

About it reported in Department of communication of the police of the Luhansk region.

“On August 8, a woman’s place of residence was celebrating a birthday. The home owner, 29-year-old husband of the victim, was invited to the celebration soldiers, where they together took alcoholic drinks”, – is spoken in the message.

As militiamen found out, between one of the soldiers and family of the victims, a quarrel arose, which later escalated into a fight. Eventually, the conflict moved outside the yard, where one of the guests fired several shots from a machine gun, wounding the woman and her husband. 25-year-old victim died in Lisichansk hospital due to extensive bleeding.

During the inspection of the scene police found and seized the shell casings of cartridges of caliber of 5,45 mm.

We will remind, on June 26 in the area of the ATO killed 23-year-old contractina Nadezhda Morozova, served in the 59th brigade. The first version of her death called an enemy shelling near Volnovakha. As found by the military Prosecutor’s office, one of his colleagues Morozova, breaking the rules of handling weapons, caused the death of the girl. Now the 20-year-old fighter was arrested. Checks the version of a premeditated murder Morozova.