Foxman, confirmed that he is the father of the daughter gentle: “Is my name from birth” 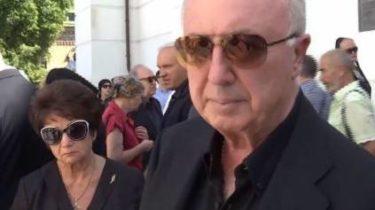 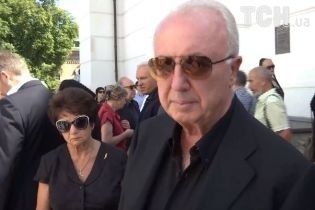 Businessman Boris Fuksman confirmed that he is the father of the daughter ex-the people’s Deputy Irina Berezhnaya, who recently died in a car accident.

Foxman, came to the monastery to say goodbye to the deceased, I refused comments, as admitted to the correspondent of TSN what to say to him now is very difficult. However, the question of paternity, which has long been discussed in the press, but hiding the most careful, replied.

“She was adopted when she was born. She’s my daughter from the first day of my life, and carrying my name from day one. She’s an amazing girl and very like her mother,” said, fuxman.

The girl’s health after the accident that she came with her mother, does not cause anxiety.

“The child is alive, healthy, no major damage happened,” – said the businessman.

The former people’s Deputy Irina Berezhnaya died in a car accident on the Adriatic coast of Croatia. Former regionalka rested there with his 8-year-old daughter, and together they drove the car, whose driver lost control and flew off the road serpentine. The driver of the former Deputy died, the child who was sitting in the back seat and was buckled in, escaped with minor injuries. The girl took the father. Careful read the burial service on August 10 in the Refectory Church in the Kiev-Pechersk Lavra, was buried in the cemetery Zverinetska.