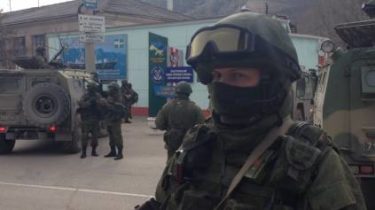 The lawyer of Viktor Yanukovych Vitaly Machacek undertook in court to justify along with Russian President Vladimir Putin. Speech by the Russian leader he interpreted in his own way, according to a story TSN.19:30.

The hearings were held in the Obolon court of the capital, where consider the case of treason Yanukovych. Prosecutors asked the representatives of Themis to pay attention to the part where Putin says he has put troops into Ukraine, because it addressed a letter to Yanukovych. This defender of the fugitive called the actions of Putin and Yanukovich “peacekeeping”.

Videoadvice Yanukovych in the court began to justify Putin

Did not shake the confidence of Mashechka and demonstrated at the meeting a vote of the Federation Council of Russian troops in Ukraine and provocative speeches at the UN, the late representative of the Russian Federation Churkin. “In these statements, I have never heard of the words “use a gun”. So I think it is a peacekeeping exercise. This is my personal opinion,” said the lawyer.

At the next meeting on August 15, the prosecution promises to unveil even more evidence and interrogate as a witness the former representative of Ukraine to the UN Yuriy Sergeyev. “All Ukrainian people know what the result of such actions of the armed forces of the Russian Federation was on the territory of Crimea and are today in the Donbas,” – said the Prosecutor Ruslan Kravchenko.