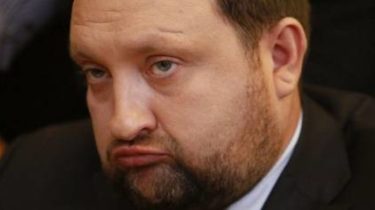 The Prosecutor General’s office of Ukraine has received judicial consent to the exercise of the special pre-judicial investigation concerning the first Deputy Prime Minister of the time of the government Mykola Azarov, Serhiy Arbuzov. The investigation has evidence of his involvement in illegal alienation of property and embezzlement of funds.

As the press service of the GPU, criminal proceedings are carried out upon fulfillment by the buyer of shares in OAO “Ukrtelecom” company “ESU” of the conditions of privatization – in particular the creation of a dedicated telecommunication network special purpose and illegal in its funding for 2012 and 2013 at the expense of the state budget of $ 220 million. In this case the spring was formed, the notice of suspicion Arbuzov in the Commission of a criminal offense under part 5 article 27, part 5 article 191 (assignment, waste of property or taking to them by abuse of official position) UK of Ukraine, and 26.05.2017 he wanted.

Videolatina told, at what stage are proceedings against Yanukovych and Co.

“10.08.2017 in the specified criminal proceedings by the Pechersk district court. Kiev satisfied the petition of the Prosecutor General of Ukraine and granted permission for the implementation of the special pre-trial investigation against the suspect S. Arbuzov,” – said the Prosecutor’s office.

A month earlier, the Pechersky regional court of Kiev granted permission to the special investigation against former Prime Minister Mykola Azarov. Ex-official is suspected of embezzlement and misappropriation of state property.