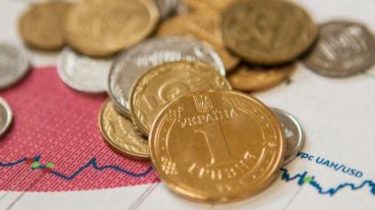 Because of the seasonal decline in prices for fruit and vegetables, clothes and shoes at the end of July 2017 in Ukraine in monthly terms has slowed inflation (of 0.2% compared to 1.6% in June). In annual terms inflation amounted to 15.9%.

Such data are the national Bank of Ukraine with reference to the State statistics service.

National Bank notes that inflation is now higher than he predicted. This explains the high rate of growth of prices for raw products and the increasing influence of administrative factors.

“Core inflation, both monthly and annual terms generally in line with expectations. On the background of a favorable situation on the currency market and stabilization in inflation expectations predicted continued slowing growth in prices of clothing and footwear (up 1.2% year-on-year). Also consistently remained low, the growth rate of prices for other food products (3.3% year-on-year),” – noted in the NBU.

More expensive meat and dairy products with a high degree of processing. The expected accelerated growth of prices of services included in the rate of core inflation (services, institutions, recreation and culture, restaurants and cafes, Spa facilities, dental and medical Advisory services). In addition, the continued increase of tariffs on services on maintenance of houses and adjoining areas (8.8% month-to-month and 48.7% year-on-year).

Videosunu meat will be cheaper

Food products for the year rose by 25.5%. Not so fast falling prices for seasonal vegetables and fruits. Vegetables in General for the year rose by 59.9 per cent and fruit by 23.8%. The rising cost of meat has accelerated to 30.6% (yoy) due to lower supply of this product on the background of a significant volume of exports and reduction of livestock. In addition, external demand and rising world prices led to a further acceleration of growth of prices for milk (to 27.3% year-on-year).

“The national Bank expects that part of these effects is temporary and can be offset in the second half of 2017. However, the current dynamics of the overall CPI and its components indicates a further increase in risk is more significant deviations of inflation from the Central point of the target range of 8% (plus/minus 2%) at the end of the year suggests than our July forecast, despite the fact that the fundamental inflationary pressure will remain moderate,” – noted in the NBU.

Meanwhile, experts predict a decline in prices for seasonal vegetables and fruits.