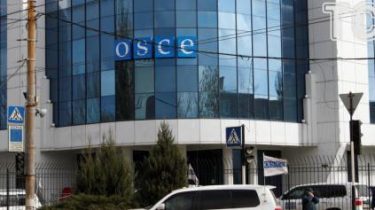 On the territory of the occupied Donetsk region in the village Pikuz unknown fired at UAVs of OSCE observers.

This was reported by the press service of the OSCE on his Twitter page.

According to observers, attended SCCC, but not promote safety.

The UAV fired in podcasts. the so-called “DNR” Pokusaj. Another attempt to prevent the CMM to watch. Attended SCCC, but not populist. security

Recall, on the eve of the OSCE recorded the shots near the pumping station in Vasilevka. The mission called for an immediate cease fire near critical infrastructure.