The funeral of Iryna Berezhna, took place under heightened security 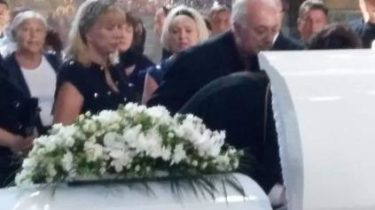 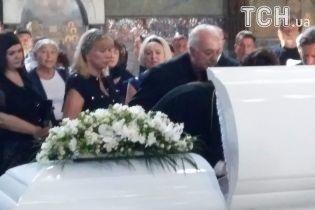 In Kiev, was buried the former national honorable Irina Careful. Over the weekend she crashed in an accident in Croatia, says the story TSN.19:30.

Wreaths from Gennady Kernes and family Vilkul, police patrols on the streets and white flowers at the entrance, the refectory Church of Kiev-Pechersk Lavra, the ceremony of the Church pohorona. 10 minutes prior to the temple converge close late. Helen Gentle, the mother of the deceased, the Church gets the wife of Mykola Martynenko, Anna. Former Minister of culture Mykhailo kulyniak is in the company of the scandalous rector of the tax Academy Petro Melnyk. Prisoner of the Igor Guzhva was accompanied by the Deputy and the brother of the Deputy Dmitry Dobkin. Together are former party members, now just colleagues in the parliamentary opposition Dmitry Svyatash and Nestor Shufrich – all with a personal guard. “I was in shock. Not believe it at first, and then I looked on the Internet. I remember her bright, young, energetic, life-loving person”, – said Dmitry Dobkin.

The funeral came and businessman Boris Fuksman. For many years it was called the father of his daughter Irina Berezhnaya, however, both she and he denied these rumors. But at the entrance to the Church, Foxman not hold back tears – first, crying in the shoulder of the basketball player and the former people’s Deputy Oleksandr Volkov and then – Nikolay Martynenko. Next to greet each other Anna German, Irena Kilchytska, Yevhen Chervonenko.

Elite hearse arrives at the Church late hour. Seven men took out a white casket. When you open it, it turns out that dead white velon – traditionally in a wedding dress and bury the unmarried girls. The mother of 9-year-old Danielle has never been married. Boris Fuksman leaving the refectory one of the last. And on the steps of the temple for the first time admits the rumors about his paternity – is true. Daniela – not just his daughter, and still bears his name. “The child is alive and well. There’s no major damage. She was adopted from birth. She’s my daughter from the first day, carrying my name. She’s a wonderful girl and very like her mother,” said Foxman.