To Park in a new way: on the first day of the new rules in Kiev continued to collect cash from drivers 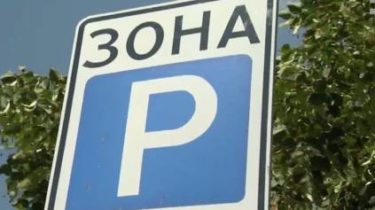 Today, Kiev has earned the cashless payment system for Parking. Drivers can pay for Parking using a Parking meter, SMS, mobile apps, or to buy a special ticket, says the story TSN.19:30.

Maxim Chernetsky new job and a new form. “It’s comfortable, these pants are not guessing a little bit,” he admits. Wide leg pants do not hinder the man to deliver leaflets to inform drivers about the Parking rules. Violators will be shot on video. “If a man will deny, that violates the rules, we have to prove – we call the police and for the police proof,” explained the inspector of the center of traffic organization.

New inspectors will be to tell drivers about non-cash payment methods and to check the drivers on the integrity for the license plates will set the queries to the database whether you have paid Parking. However, no action against the violators, the inspectors can not commit to penalize only the police, and that for violation of Parking regulations, not the lack of payment.

However, the city hall demonstration report – shadow schemes came to an end. “We took the shadow sector, the shadow cash which was unconsciously much”, – says Sergey Simonov. 15 minutes later the Valet Dmitry breaks all the initiatives of the official at the railway station he faithfully collects money from drivers for 7 hryvnia. He makes the change and does not print checks – it’s in his mind is clearing. “The driver himself should come out and pay, but they do not. I can to help the person,” says the man and sent money to the Parking meter.