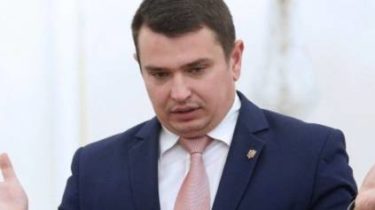 The national anti-corruption Bureau of Ukraine is investigating the crimes, the amount of damages which is about 87 billion UAH.

This was stated by the head of the Ministry Artem Sytnik.

In addition, according to him, the Bureau was able to warn of theft 879,9 million.

Meanwhile, in the cases referred to the court, were recovered 136.3 million UAH losses.

Also during the press conference Sytnyk once again stressed the necessity of creating an anti-corruption court, otherwise all the efforts of the NABOO will have no value.

The NAB is investigating fifty cases of corrupt thefts in the state. Infographics

We will remind, in April the losses from corruption in Ukraine has reached 80 billion hryvnia. This was stated by the head of the NABOO Sytnyk at the meeting with representatives of the European business Association.

The Bureau also added that currently arrested on 4 billion UAH.