“A valuable resource Yanukovych is not a long time sitting behind the stove”. The journalist reported on the controversial appointment in the KSCA 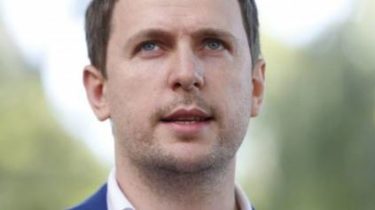 It is reported by journalist Dmitry Gnap.

“When the previous government he was the right hand “of the Forester Yanukovych.” Let me remind you, “the Forester Yanukovych” is Viktor Sivets, who the previous President was the head of the State Agency of forest resources and robbed the Ukrainian forest industry like mad. And Simonov when it was the head of GP “Ukrleasing” – corrupt structure through which state forestry pumped out millions. Forest enterprises were forced to sell wood for export through the “Ukrleasing” at a lower price. A foreign company the Siwiec already sold it at world prices. Losses then only officially estimated at almost a billion hryvnia,” – says Gnap.

Valuable footage of Yanukovych not sat a long time in the oven. Look who recently was appointed head of the transport Department …

He also noted that after the Euromaidan, the Prosecutor General’s office opened a number of criminal proceedings in respect of transactions “Clickonline”, Siwiec “escaped to the Russian”, and Simonov, “first, sit in the bushes, then porukovodit “Kievzelenstroy.”