How and when will block Khreshchatyk for a rehearsal parade for Independence Day. Infographics 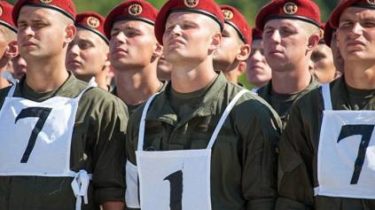 16, 18, 22-24 August 2017 in Kiev will be partially restricted the movement of vehicles through the rehearsal parade for Independence Day.

During the training and rehearsal of the parade traffic on Khreschatyk street (site of Bessarabia to the European area) will be limited as follows:

Camouflage and flags: the Network showed a rehearsal parade for Independence Day from the height of bird flight

Recall that in the parade will be attended by 4.5 thousand soldiers, 70 pieces of equipment and for the first time in the ranks of Ukrainians will go to partners from NATO countries. With enough room for training, the military has allocated a whole airfield of plant of a name of Antonova in Kiev. 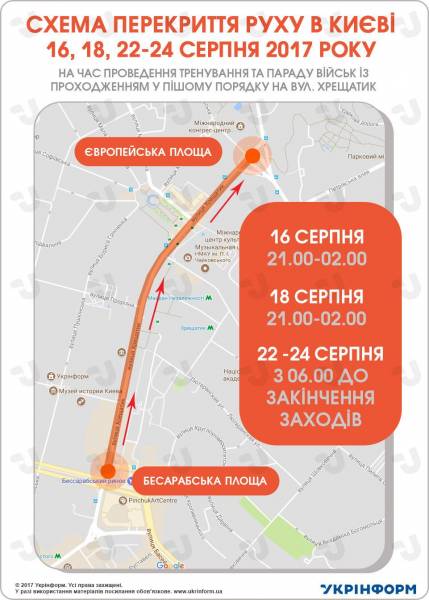 Those who took part in the fighting – will be given special attention. You go marching over thousands of participants and veterans of the ATO. The main emphasis this year on history, it will be not only on the occasion of the 26th anniversary of Independence and the centennial of the establishment of the army of the Ukrainian people’s Republic. A new generation of defenders of Ukraine will be stepping to the sounds of the same March as the ancestors – March Lysenko.