In Kiev warned of the danger on all beaches 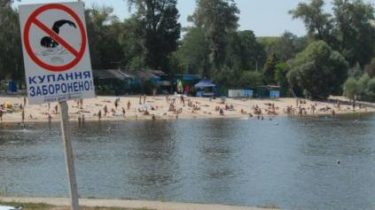 In Kiev banned swimming at all beaches.

This is stated on the official website of KP “Pleso”.

According to public utilities, as of August 11, it is forbidden to bathe on the beaches “Central”, “palm”, “rainbow”, “Telbin” and “Pushcha Voditsa”.

At the same time, the remaining six beaches, “Venice”, “Child”, “Youth”, “Golden”, “Predmetna Slobidka” and “Centoroy” swimming is not recommended.

We will remind, on July 21 in Kiev was forbidden to swim on all the beaches of the capital. Subsequently, six beaches still opened for tourists.