Novak has unveiled his salary as the head of “Ukravtodor” 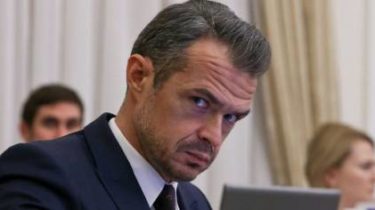 The head of the state agentsto of highways of Ukraine (“Ukravtodor”) Slawomir Nowak said that his average wage is 100 thousand hryvnia.

“This year the Cabinet of Ministers has determined my salary 13 thousand UAH. and has provided for an allowance. Together on average my salary is 100 thousand UAH. after deduction of taxes. Which, by the way, pay in Ukraine”, – he said.

According to him, after the scandal of sky-high bonuses “no representative of the media is not officially appealed to the “Ukravtodor” to obtain accurate information.”

Therefore, the official decided to openly share information about your salary, “without waiting for the period of the Declaration and preventing further manipulation”.

It’s not even me: head of Ukravtodor told why Ukraine has bad roads

We will remind, Omeljan commented about the exorbitant premiums of the head of “Ukravtodor” Novak. He noted that the Ministry followed by raise, because it has no other necessary arrangements.

“I believe deeply convinced that Mr. Novak is absolutely quality people in office. A former Minister of infrastructure with vast experience in the political and in the real sector. He gets quite a low salary, when compared with the amount of responsibility he has,” said Emelyan.

He called incorrect commenting him the exact amount that is now paid Novak.

9 August, Facebook published a paper of the press service of the Ministry of infrastructure, which refers to the allowances Novak. According to the document, the official received a bonus for work intensity of 300% of salary, a bonus for performing particularly important work – even 300% of salary and bonus – plus 300% of salary.