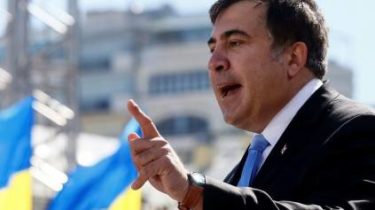 Pass ex-Chairman of the Odessa regional state administration of Mikheil Saakashvili in Ukraine is possible only after a visa.

About this in Facebook wrote Deputy Prosecutor General of Ukraine Yevhen Yenin.

According to him, these rules apply to Saakashvili due to the fact that he is now a stateless person. Another situation would be if it turns out that he is a citizen of another country.

ENIN added that for illegal border crossing Saakashvili may face administrative liability, and activists who try to help him – criminal.

Country “experts on everything” Really brings a smile when a candidate of philosophical Sciences, “philosophizes” in the truest…

Naposim, member of the Board of the party “Movement of new forces Mikheil Saakashvili,” David Sakvarelidze said that the party activists are preparing to meet on the border of Ukraine deprived of their Ukrainian citizenship leader and provide him entry to Ukraine.