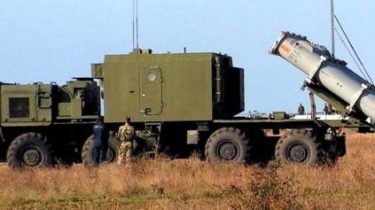 The President of Russia Vladimir Putin submitted to the illegitimate state Duma a draft law on the placement on the border with Belarus and Ukraine air defense systems.

The corresponding bill published on the website of the chambers of the Federal Assembly of the Russian Federation – the Russian Parliament.

As noted, the Protocol was signed on 2 November 2016 in Minsk.

“Implementation of the Protocol will improve the reliability of protection of external borders of Union state in air space, will help to strengthen the security of the two States and will not require additional allocations from the Federal budget”, – stated in the “state Duma”.

At the same time, in the case of the adoption of the amendments, Russia will be able to place their missile defense systems on the border with Ukraine and Belarus.

Earlier, Russia began a massive movement of military equipment to the border of the EU under the guise of exercises. Movement of equipment takes place on the territory of annexed Crimea.