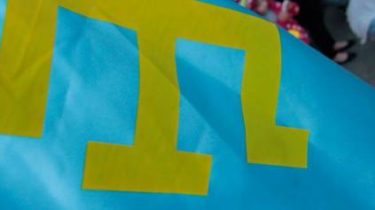 Three of the four Crimean Muslims were released from the Center of counteraction to extremism GU MVD of Russia in occupied Simferopol.

It is reported by the public organization “Crimean solidarity” in Facebook.

In the occupied Crimea has intensified repression against the Crimean Tatars

“After a search in the villages. Klenivka Belogorsky district four Muslims law enforcement agencies have taken to the Centre for combating extremism. There they have checked the documents and took fingerprints,” – said in the message.

Subsequently, “after much deliberation” the occupiers decided to release three people (father and his two sons). Third son – Mugalimova Alim is left, because during a search found he had two passports.

Video settings Crimea, the power of the occupiers organized repression of Muslims

Yesterday it was reported that in the occupied Crimea in the Russian military blocked one of the streets in the village to search for Muslims.