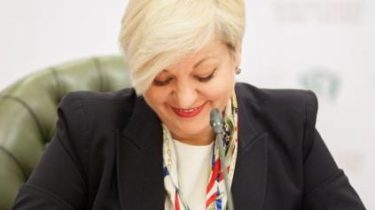 The Chairman of the National Bank of Ukraine Valeria Gontareva was last in the workplace three months ago, in early may. A month before she announced her resignation and filed an application to the President. Petro Poroshenko still this document is not submitted to the Verkhovna Rada, so it is still not officially fired.

The resignation of Gontareva, most likely, will take place at the end of September. This time she has a legitimate reason not to attend work, noted in a press-service of the NBU. Write about this “Ukrainian news”.

1043 days Gontareva: how falling national currency, the liquidated banks and the NBU in the “vacations” Chapter

From 11 may to 7 August Gontareva was on paid leave three months had accumulated over the years in the national Bank. From 8 August to 26 September, it continues to be on vacation. This includes 15 calendar days of leave without pay (provided that article 26 of the law of Ukraine “On leave”), and 20 days of vacation accumulated during his tenure as head of the NBU, for work on a day off during a business trip.

“The Chairman of the NBU Valery Gontareva no plans to return to work at the NBU,” – said in the national Bank.

Recall that the duties of the Chairman of the NBU temporarily perform the first Deputy head of the regulator Yakov Smoliy.