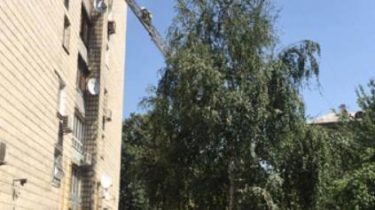 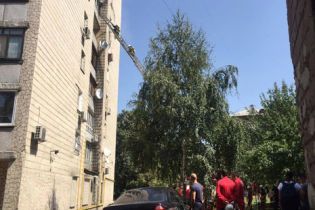 Today, August 11, Bekhterevsky lane in a high-rise building fire occurred, during which the man jumped from the apartment window on the 7th floor.

“12:19 I received a call about the fire at the apartment in Bekhterevskiy pereulok, 10. 12:24 the place was a rescue. At 12:25 from the window of the 7th floor where the fire occurred, threw the man”, – said the speaker of the state service for emergency situations of Kiev Svetlana Vodolaga “to the Ukrainian truth. Kiev”.

The apartment rescuers found another charred corpse. Now continuing the localization of the fire.

According to eyewitnesses, in a Studio apartment on the 7th floor, lived a lonely woman who took in a boarder. This information is checked by law enforcement authorities and establish the causes of the tragedy.

We will remind, recently the high-rise building in the river grenade exploded. The explosion in the vestibule died 61-the summer owner of the apartment.