At Kiev Gostomel highway Packed to the Jaguar and flew into a tree, injured six people 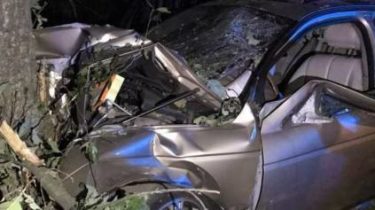 Near Kiev Gostomel highway in the night there was a serious accident involving a car “Jaguar”.

According to preliminary data, “Jaguar” in Lithuanian registration on speed flew off the road into a ditch and utility pole.

The collision injured six people who were in the car, one of them in critical condition. Two more suffered serious injuries and three internal injuries.

Earlier, a terrible accident occurred in the Kherson region: four dead, including 5-year-old child. One of the car for unknown reasons, suddenly drove into the oncoming lane.