In Kiev, a woman accidentally hit the man with a knife in the chest 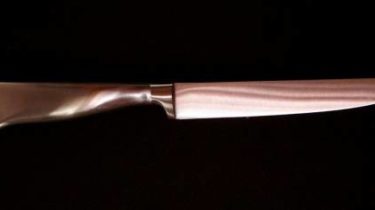 The Metropolitan police finds out circumstances of the injured 49-year-old man in Solomenskiy area.

According to preliminary data, the inhabitant of Kiev was cut with a knife mistress. The police woman and witness to the accident reported that she accidentally stabbed the victim. Later, the man confirmed to the militiamen of the word concubine.

The man received during a quarrel stab wound to the chest and lost consciousness.

It took the ambulance, and he subsequently explained to police the circumstances of the incident.

We will remind, drunk men attacked the guards with a knife. July 15, in Transcarpathia, near the Ukrainian-Slovakian border were detained by three men, one of whom threatened border patrol knife.

In particular, the local who guards the border over the past day brought to administrative responsibility for violation of border regime and non-compliance came along with threats.