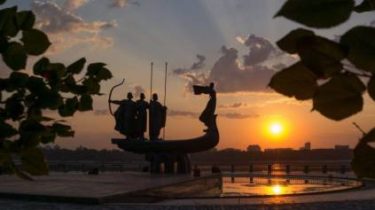 This is with reference to the Ukrainian hydrometeorological center, Kyiv city state administration reports.

In particular, in the next hour and hold till end of day on 14 August in the capital, with gusts of 15-18 m/s.

Also in KGGA remind that today and tomorrow, August 15, in the capital is expected to high (class 4) fire hazard. Kiev an extremely careful with fire, particularly in forest zones, and remind them of the rules of conduct in case of fire.

We will remind, on Monday, August 14, in the South, in the afternoon and in the Central and Northern Ukrainian regions intermittent rain in places, storm. The rest of the no precipitation. Wind East, North-East of 5-10 m/s, in the Central and southern areas gusts 15-20 m/sec.