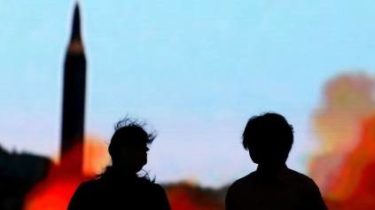 This is stated in a statement Space Agency.

“The success of North Korea’s missile connected with the Ukrainian plant”. The full text of the controversial article, New York Times

“Any allegations of transfer of subjects of space activity of Ukraine of the goods or technology in the Democratic people’s Republic, which would contribute to the development of ballistic programmes, are absolutely groundless,” – said in a statement.

The state Agency noted that Ukraine adheres to the position of non-proliferation of weapons of mass destruction. The statement also said that Ukraine’s policy aimed at strict observance of all international obligations, particularly under the Regime of control over missile technology (MTCR).

“In the framework of cooperation in the exploration and use of outer space for peaceful purposes, Ukraine has not violated and does not violate any of the requirements of the Management of the MTCR,” – noted in the Space Agency.

The Ministry said that, according to the law, the Agency controls the export, import and re-export of space technology, and “as of today Ukraine does not implement any space project with States that are not members of the MTCR, which provides for the transfer of goods of category I”.

The DPRK against the United States. As the threat of nuclear war will affect Ukraine

The Ukrainian company “Pivdenmash” said a New York Times article is provocative and added that the facts presented in the publication are untrue. In particular, “Yuzhmash” is not a major producer of missiles for the Russian Federation and do not deliver to Russia or missiles or their parts and Assembly units, including rocket engines, and has no maleshevo relation to missile programs of the DPRK.