“Broken record”: the SBU commented on the detention of Ukrainian “saboteurs” in the Crimea 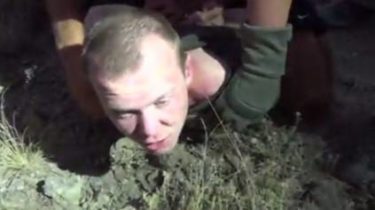 The security service of Ukraine called provocation the detention of members of the Russian Federal security service allegedly Ukrainian strongman Gennady Lemeshkathat “preparing acts of sabotage in the occupied Crimea.

This is stated in the press center.

“The Russian FSB has resorted to another provocation, reporting the arrest in the Crimea of the alleged “agent of the SBU”. We believe that such fake news are needed by Russian secret services to intimidate the population of the Peninsula, which has increasingly expressed dissatisfaction with the occupation authorities. Against the background of deterioration of life of the Crimeans, the FSB re-launches “broken record”, trying to accuse Ukraine and its law enforcement agencies in their own troubles and problems in the Crimea”, – is spoken in the SBU message.

Meanwhile, Interfax-Russia” reported that the so-called “the Kiev district court of Simferopol” made the decision on arrest for two months for Lemeshka for what he “planned” to destroy or damage by arson forests in the area of Sudak-Rybachye-Alushta; damage to power lines Sudak-the New world; to provoke a collapse of rocks to block the road Sudak-the New world; to set fire to a communal facility in the village of rybache.

We will remind, on August 15 of the FSB of Russia reported that allegedly detained “agent of the security Service of Ukraine” for the preparation of a number of sabotage and called his name – Gennady Gennadiyevich, Lemeshko, “born in the Kharkiv region, had previously served in the so-called zone of ATO as a senior intelligence officer deep exploration in one of the military units of the armed forces”.