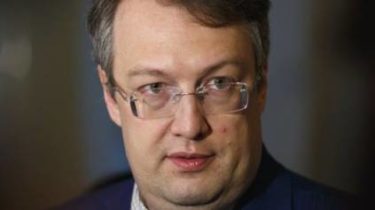 Spies from the DPRK detained during attempts to access technical documentation on rocket technology AT the “Yuzhmash” in 2011, is still serving a sentence but may be released earlier on the “law Savchenko”.

This was announced by the people’s Deputy and Advisor to the Minister of internal Affairs of Ukraine Anton Gerashchenko.

A scandalous article in The New York Times, which is written about the possible involvement of Ukraine to the manufacture of engines that the DPRK uses in ballistic missiles, he called manipulative and untruthful.

“The goal of the author is obvious – “put a shadow on the fence” and throw in American social thought of the idea that Ukraine is making unfriendly moves against the United States and, accordingly, it is not necessary to support it in its struggle against Russia” , – wrote Gerashchenko in Facebook.

On the days of the respected publication The New York Times, unfortunately, spread untruthful, manipulative information …

Published by the Anton Gerashchenko 15 Aug 2017

According to him, in the conditions of authorisation against the DPRK and Ukraine was not conducted and does not conduct any negotiations and, especially, transactions with North Korea on these issues.

“Knowing this, the representatives of North Korea in 2011 tried to access technical documentation on rocket technology AT the “Yuzhmash”, however, was exposed by employees of counterintelligence and the decision of the Nikolaev appellate court from 27.11.2011, received 8 years in prison under article 114 of the Criminal Code for espionage,” he wrote.

Regarding both had applied the so-called “law Savchenko”, so they would be on the outside early – September 6, 2018.

“I think that the fact that the detention and prosecution of citizens of North Korea for attempting to gain access to the Ukrainian secret missile technology and is a fact of demonstration of the real attitude of Ukraine to the question of the alleged supply of technology to North Korea,” summed up Gerashchenko.